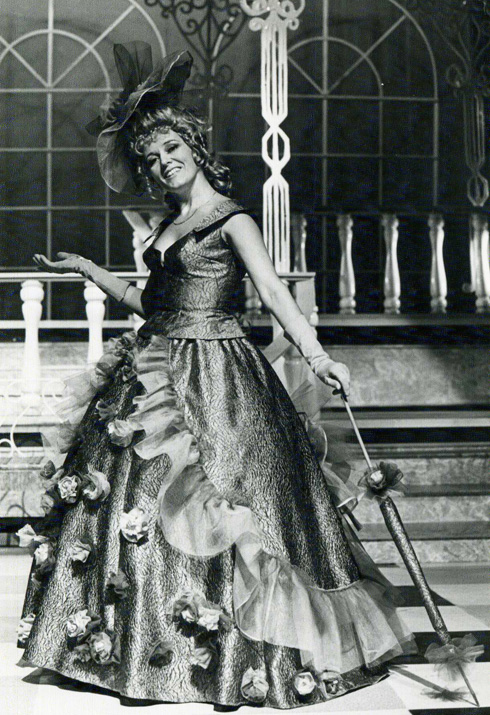 Starting with this fall, the Tikanoja Art Museum offers a peek into the stage life of Vaasa. The exhibition on the second floor of the art museum provides an overview of the theatre history in Vaasa, from the time of traveling theater troupes in the 19th century to the present day. The exhibition will highlight pieces from the history of the Vaasa City Theatre, the Wasa Teater, the Vaasa Opera and the Puppet Theatre Peukalopotti.

The cultural history exhibition, presents, among other things, stage-themed material belonging to the Ostrobothnian museum’s collections, such as photographs and costumes worn by professor Irma Rewell (1929-2010) in various opera productions. The museum collections will also highlight artefacts and art, related to the stage theme from the Puppet Theater Peukalopotti. In addition, material borrowed from the Vaasa City Theatre, the Wasa Teater and the Vaasa Opera will be exhibited, such as scale models, costumes and photographs.

Nuances of the 1920s Palette – Works from the Tikanoja Art Collection

The exhibition Nuances of the 1920s Palette is on the first floor of the Tikanoja Art Museum. The selected works are from the museum’s own collection and they represent the color expression of the period.

The use of earthy colors gained popularity in Finnish visual arts during the 1910s and it continued in the 1920s. Broken colors were considered “Finnish”. Frithjof Tikanoja’s collection included many works, which were representative of the period, but also exceptional in terms of their color expression. The international influences seen in the colors of Eemu Myntti’s works spoke to his contemporaries. William Lönnberg’s Ironing Woman, was considered by the critic Edvard Richter to represent a rare “true color culture”. The painting also serves as an example of the exhibition’s brighter color palette.

The decade was characterized by urbanization, but the connection to the countryside remained strong. After the civil war, efforts were made to create national unity, which in turn strengthened the interest in the peasantry, home and folk culture. The artists captured glimpses of the period in their works: the city and the countryside, the everyday life and Sundays. From Tyko Sallinen’s rhythmic Saturday Evening cadence, we move on to Werner Åström’s and Alvar Cawén’s works that depict the peace of a Sunday. Other artists in the exhibition are e.g. Wäinö Aaltonen, Matti Annala, Arvi Mäenpää, Jalmari Ruokokoski and Ilmari Vuori.