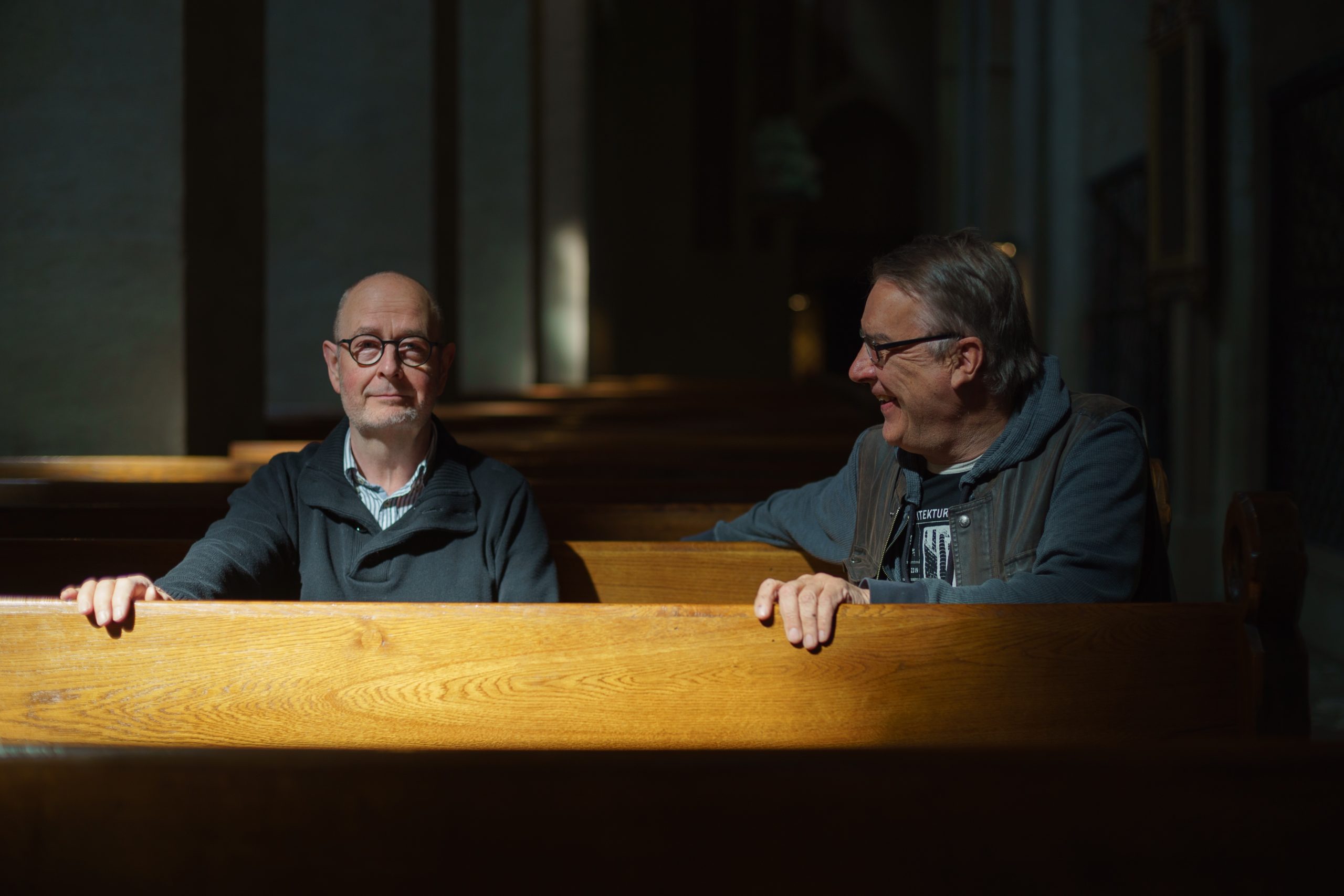 Markku Hakuri (b. 1946) and Jan Kenneth Weckman (b. 1946) joint exhibition The Magic Mountain is displayed in the Kuntsi Museum of Modern Art. The two artists have had two exhibitions together before and now their works are shown in a concluding trilogy. The basic idea of the exhibition is a dialogue between two artists and a mutual exchange of ideas about literature, visual arts and social global upheavals.

At one point, Thomas Mann’s classic novel Magic Mountain (Der Zauberberg, 1924) emerged, and the timeliness and symbolism of its content inspired the invigorating collaboration. The Magic Mountain is metaphorically working as a starting point for the artists, with their different expressions and artistic style offers different interpretations and inputs to the thematics of the exhibition.

In this exhibition, Hakuri shows drawings made with ballpoint pen and watercolor alongside larger works that use mixed media on veneer. His works are pictorial stories – archeology of the mind. The drawings are based on a three-year project in which Hakuri randomly selected a press photo from the newspaper Helsingin Sanomat on a daily basis and transformed it into his own mental landscape. Some of these themes also reappear as details in the larger works. Alongside Hakuri’s figurative but at the same time imaginative works Weckman’s abstract or semi-abstract works take place.

Several of Weckman’s series are graphic, where the alignment has a prominent role. In the often-detailed paintings, one can perceive familiar forms and shapes; hillsides, steeps, mountaintops, flash floods and sunbeams, perhaps a moon or a sun. The interpretation of the abstract painting can be supported by the title. Weckman also uses material from the media, as well as he gives space to poetry, as he has incorporated text fragments written by the poet Leif Färding (1951-1983) in some works.

The artists have known each other since the 1970s while studying at the Finnish Academy of Fine Arts. They are prolific artists who have also taught at the Helsinki University of Art and Design, among other places. Weckman works in Turku and Hakuri in Espoo. Most of the works on display are from recent years and some are completely new. The exhibition is produced in collaboration with Markku Hakuri, Jan Kenneth Weckman and Vaasa City Museums.