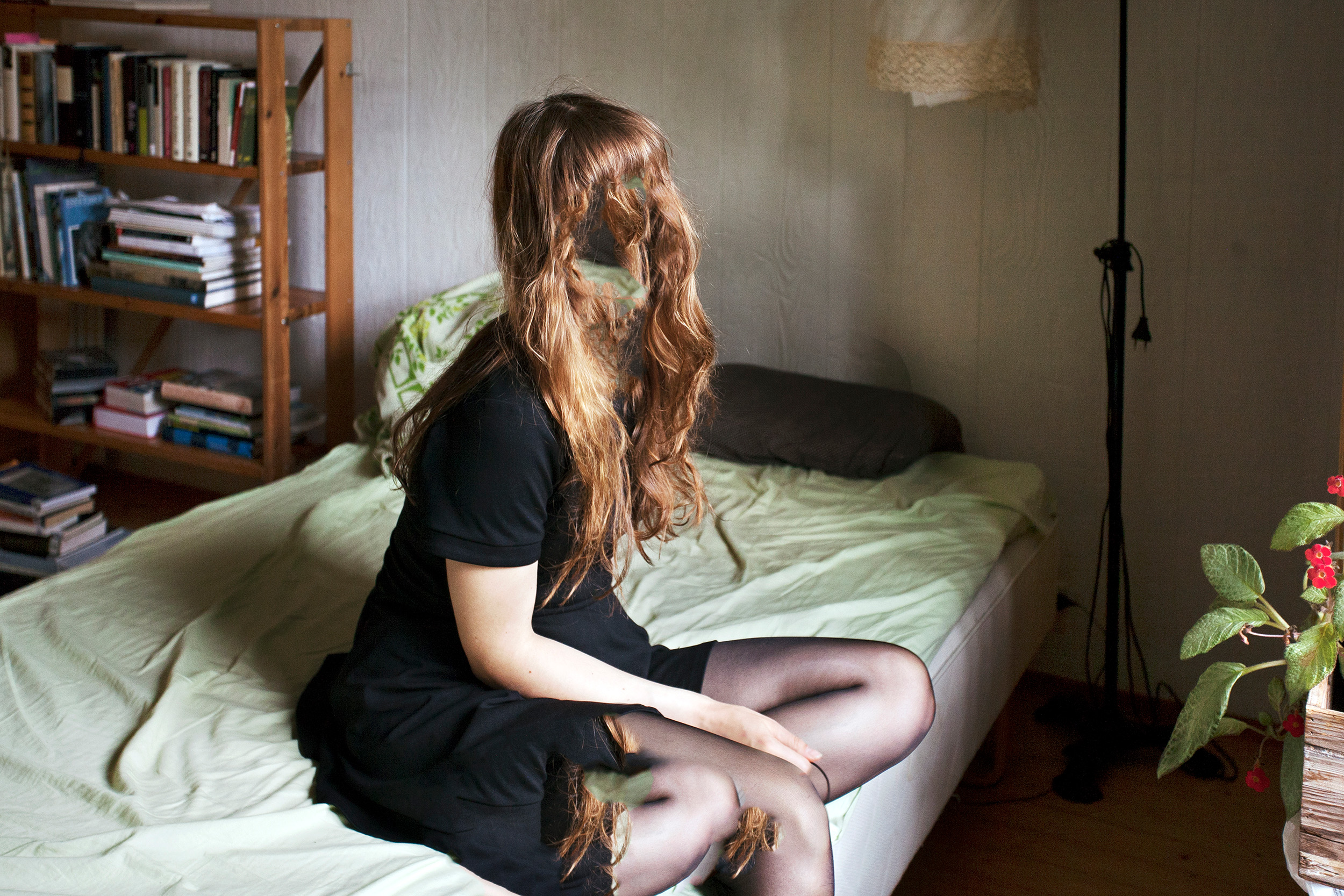 Saku Soukka’s Scope is a set of work that consists of photos, readymade installations and a video essay.

Soukka’s photographs are from 2015–2021 and, apart from two, he has distorted them with the help of artificial intelligence. The artist has selected some areas from his photos and allowed an image manipulation software to fill those areas with new pixel combinations. The AI has mimicked or at least attempted to imitate the “reality” shown in the photos—as if suggesting that the image in the selected area could transform into this instead of what the camera has captured. The results are often surreally whimsical or disturbed.

The artist’s installation of readymade objects brings together the technical communication devices used by humans or their parts, as well as organic elements such as pieces of wood. Soukka has worked the technical equipment with varying methods and altered their functions, usually to a seemingly broken state.

The title piece of the exhibition is a video essay titled Scope (2020). It consists of programmed photographs, text, and music. At the beginning, “I” and “you” merge, after which the human mind appears to be in a somewhat vacillating state. It flies impulsively to different countries and surprises itself in its wanderings, performs different actions and thoughts, and receives and sends different messages.

The making and presentation of the work has been supported by The Arts Promotion Centre Finland (Taike), The Promotion Centre for Audiovisual Culture (AVEK), Frame Contemporary Art Finland and The Finnish Cultural Foundation.