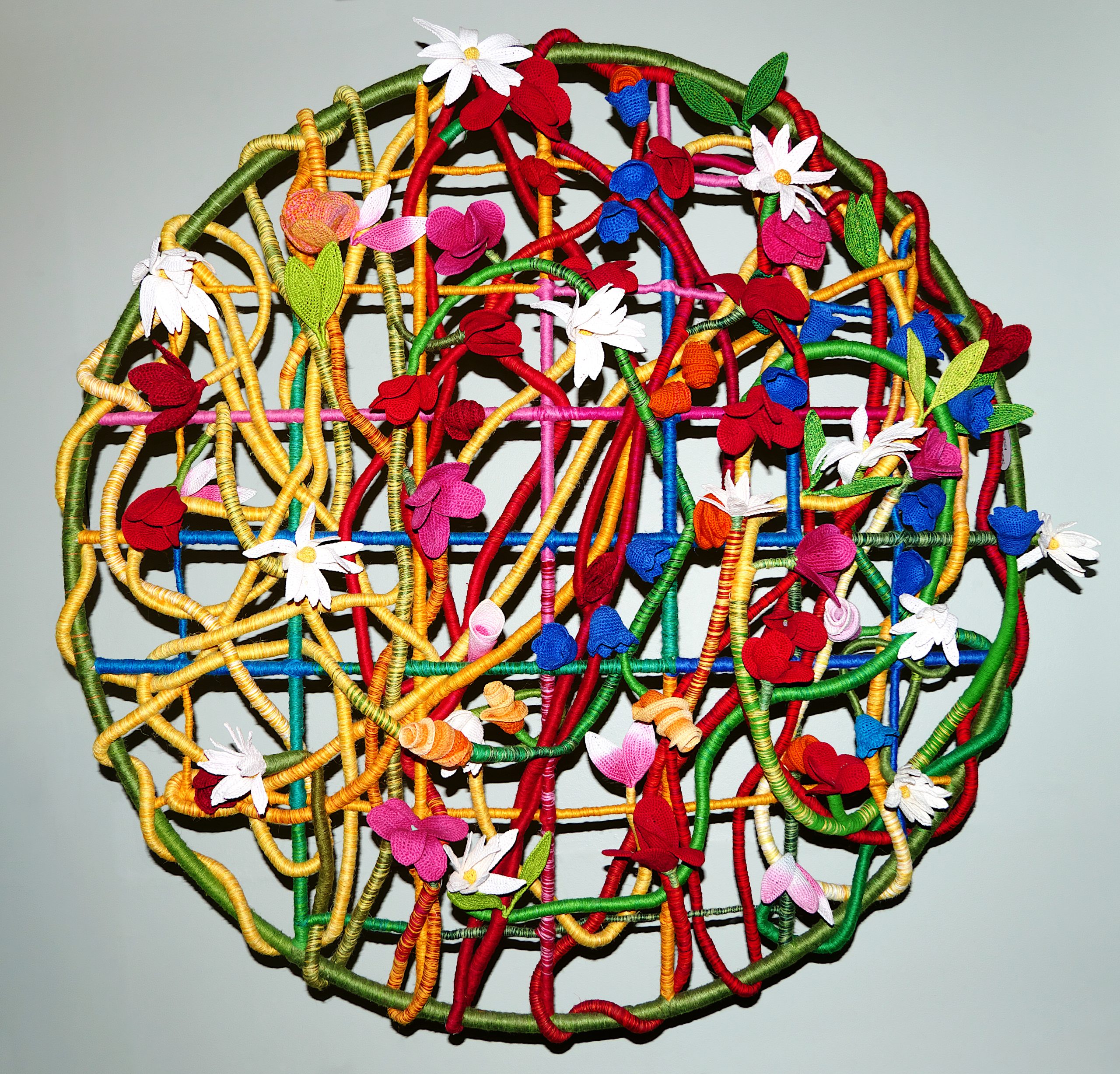 Visual artist Kaarina Heikinheimo (b. 1946) is known as a textile artist whose career spans over five decades. Already in the beginning of her artistic work, she created experimental works, often on a large scale. She studied in Helsinki from 1965 to 1968 as a student of Kreeta Pohjanheimo and made her debut at Strindberg’s art salon in Helsinki in 1968. The artist lives and works in Vaasa.

The exhibition 5+ rooms presents a long artistic career as an aesthetic whole, which extends from the first copper wire work made in 1967 to the newest summer textile reliefs from 2023. Kaarina Heikinheimo paints with thread, which, along with traditional linen, means copper wire or surprising glass wire. The artist’s colorfully pleasing textile works have been assembled as spatial installations in five rooms.

As an artist, she represents independent and spontaneous hands-on work. Heikinheimo designs and manufactures everything herself, and according to her words, she loves her work. Her early works include examples of picturesque tapestries referring to neoclassicism, in which the human figure can still be seen. In the later works, natural forms dominate the expression. The column-like textile works, which are standing on their own, tell about the management of the space along with the color and shape. Linen is the artist’s main material. The subjects range from the sea and forest to everyday objects such as a princess cake and candies. Imaginative shapes also fit into the artist’s colorful expression.

The artist’s works have been seen in hundreds of exhibitions in Finland. The list of works that ended up in public collections is impressive and its characteristic feature is numerous commissioned works. The large production extends to hundreds of works, of which this exhibition presents a selection of around 80 pieces, curated by exhibition manager Maaria Salo in collaboration with the artist. The exhibition was produced by Vaasa City Museums.