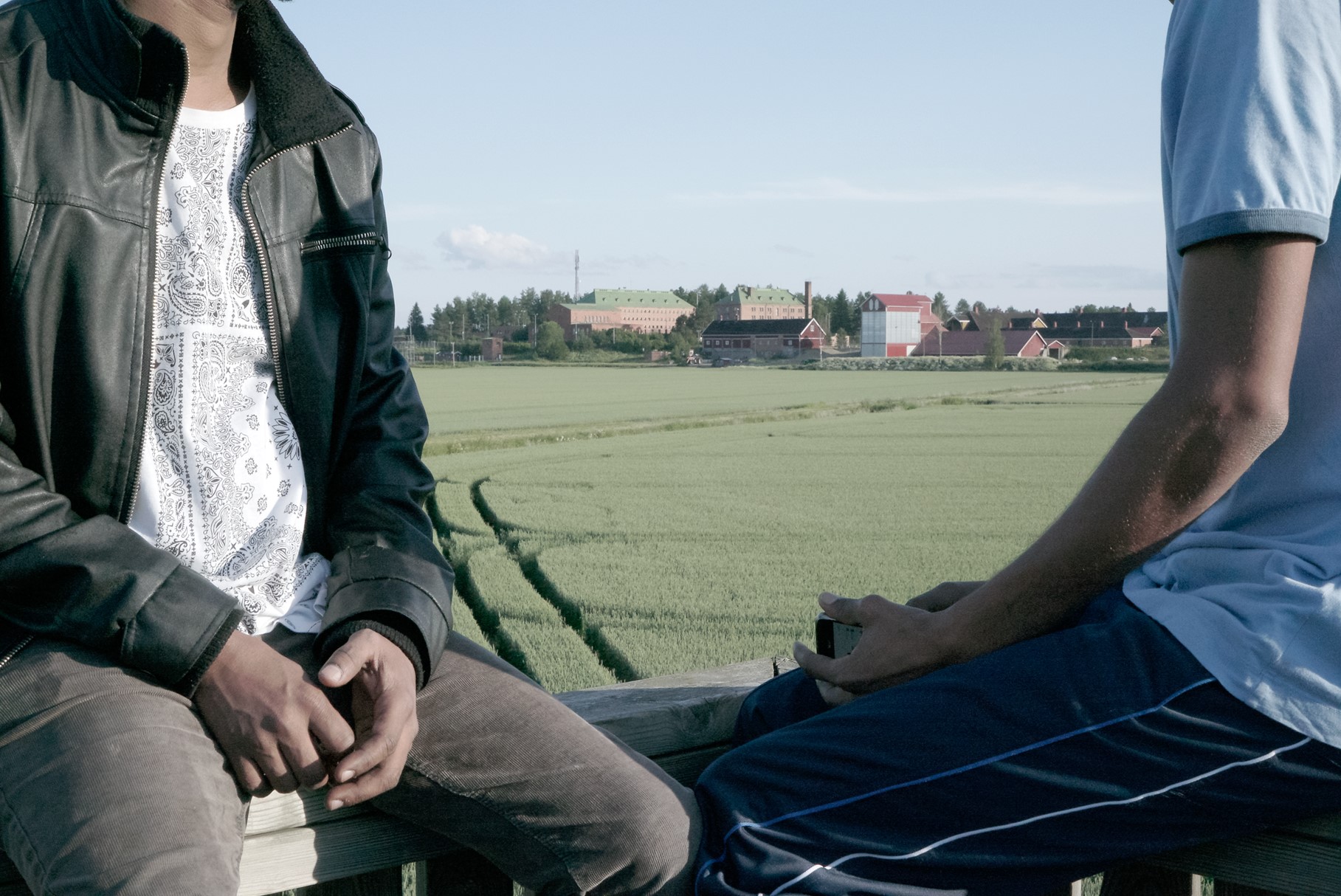 Land of Dreams is a 3-channel video installation based on Heidi Kilpeläinen’s Tango Therapy -performance project in 2017─2018. The artist visited reception centers for asylum seekers, as well as the homes of disabled war veterans and war widows, and sang to one person at a time. They could also sing to her in their own language, if they wished.

The performance draws on an encounter between two people, where a melody surpasses language barriers and functions as a means of communication.

In Land of Dreams, we hear war invalids and widows recount their memories of World War II. For example, Eino Kinnunen talks about surviving a deadly partisan raid and having to evacuate from his community. Their accounts combine with songs and stories of asylum seekers living in reception centers. The work focuses on human presence, traumas caused by war and compassion.

The global coronavirus epidemic changed the world and made meeting people in person more difficult. The restrictions that followed the pandemic raised questions about the importance of compassion, encountering people and feeling their presence. How important are these skills for the evolution of humanity?

The project was supported by Kone Foundation, Arts Promotion Center Finland (Taike), Beaconsfield Gallery, The Finnish Institute in the UK and Ireland and The Promotion Centre for Audiovisual Culture (Avek).

HEIDI KILPELÄINEN (1966, Lappeenranta) explores crossovers between visual art and music merging their boundaries in ‘total works of art’ and creating combinations of video, installation art and performance. The contemporary world and its technological fascinations, as well as the ancient mythological forms that run through collective memory, equally inspire her work. She produces works of aesthetic interest with a critical eye on our social environment, reflecting on our human condition within it. Kilpeläinen has widely exhibited and performed in galleries and prestigious institutions, with a rich record of participations in shows and festivals, such as Kiasma (Helsinki; 2005, 2019), Kajaani Art Museum (2019), Tate Modern / Tate Exchange (London, 2018) and Beaconsfield Gallery (London, 2018). Alongside her career as a visual artist, Kilpeläinen has recorded music under the avatar name HK119 and released three albums with the London-based record label One Little Independent Records.