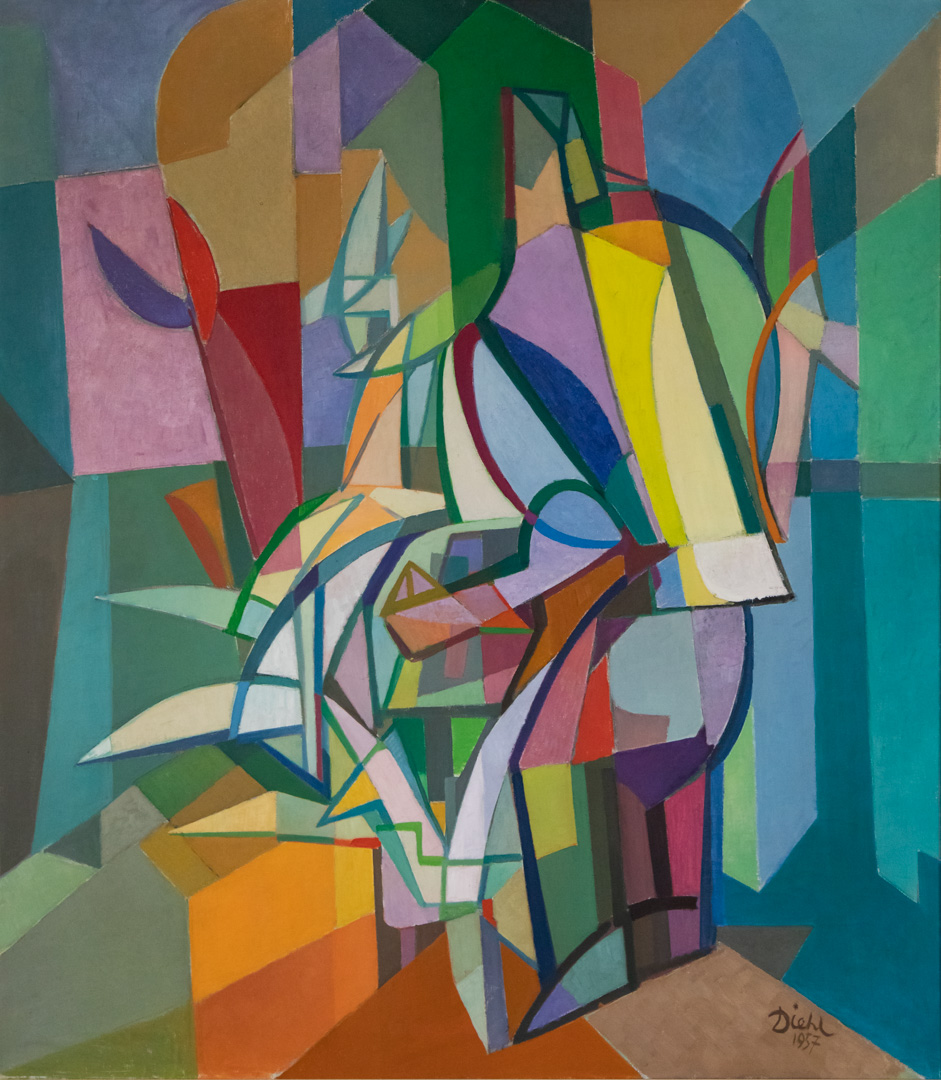 Kuntsi Museum of Modern Art will present a wide retrospective of notable Finnish modernist, Gösta Diehl (1899-1964). The exhibition showcases the artist’s overall production from the early works of 1920s to the masterfully made cubist experiments in the 1950s and 60s, when the artist was already acclaimed. In addition to the impressive oil paintings, watercolors and drawings are also on display. The exhibition has national significance as it is the artist’s first retrospective. The last time when Diehl’s works have been displayded this extensively was in his memorial exhibition in 1966 at Kunsthalle Helsinki.

Gösta Diehl’s path to cubism was anything but straightforward. His artistic career, which spans over five decades, involves several different stylistic stages and experiments. In 1920s and 30s Diehl lived in Paris for a total of twelve years, during which time he absorbed French influences and also contributed significantly to the opportunities of the other Finns, to be able to work, act and be inspired on the French soil.

Not only did Diehl advocate the French art but also played a significant role in promoting Nordic art. He was the chairman of Finnish artist’s association between 1944-48 and was elected as the first chairman of the Finnish section of Nordic Art Association, founded in 1946.

Diehl’s early post-impressionistic and neoclassical artistic expression evolved gradually after the war trough expressionism into a colorful cubism of his own kind, some of which he is best known today. This coloristic cubism is culminated at its peak in the work Ballet (1957), owned by Finnish National Gallery, in which Diehl has simultaneously captured the smooth movement and clear-lined forms and figures of the dancers. The same pictorial language is repeated both in the slightly more static work Resting Dancer (1957) as well as in the work Man with Seagulls (1957).

From 1956 onwards, Diehl was a member of the Prisma artist group, which promoted international modernism in Finland. One of the Prisma group’s exhibitions was held in Vaasa in 1957 at the Ostrobothnia Museum. Now the Kuntsi Museum of Modern Art also presents the works by artists that were a part of this group, which in besides to Diehl included Yngve Bäck, Unto Pusa, Sam Vanni, Sigrid Schauman, Ragnar Ekelund and Torger Enckell.

The exhibition is based on an extensive study by M.A., art historian Camilla Granbacka and her forthcoming biographical publication about Gösta Diehl. The works of the exhibition are from several different museum and private collections, and some of them are on public display for the first time ever. The exhibition has been produced by Vaasa City Museums and during the production, a nationwide survey has been carried out to search for Diehl’s work.