At the Summer House 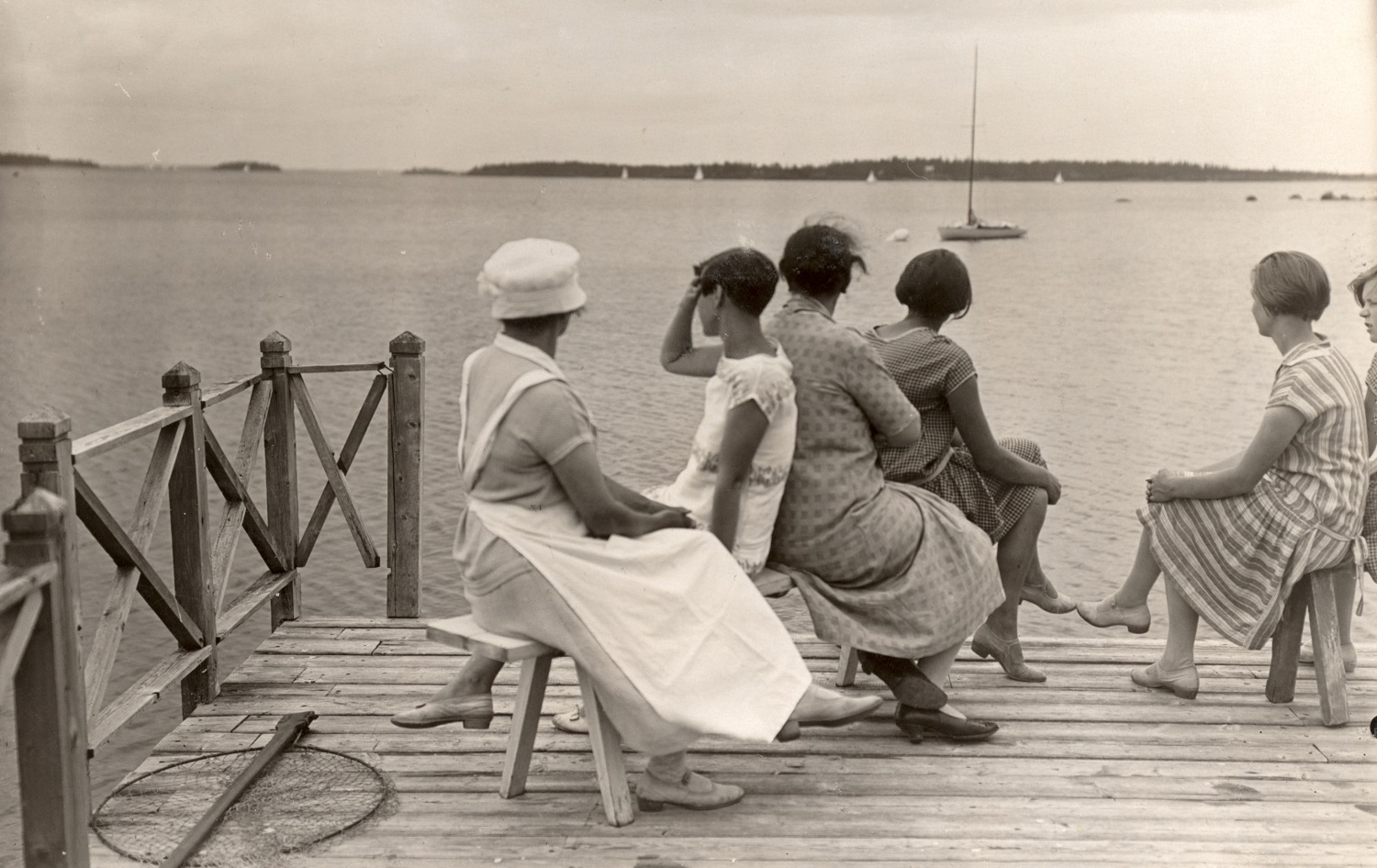 Ostrobothnian Museum’s summer exhibition At the Summer House presents cultural history of summer houses, summer settlements and cottages in Vaasa region and Ostrobothnia from the end of 18th century until present. The display includes photographs, artefacts and extensive texts. In addition, the public has been able to engage by donating their experiences, memories and pictures. The exhibition presents a selection of summer houses in Vaasa as well as in Kokkola, Jakobstad, Nykarleby and Kristinestad.

Spreading of summer houses from Sweden to Finland strengthened in the 19th century and from the Ostrobothnian coast summer settlements spread slowly inland. In addition to the architecture of the summer houses and cottages, the exhibition shows how people lived and spent their time at the summer houses. Photographs, maps and artefacts depict different eras and ways of spending summer. The exhibition is mainly comprised of the Ostrobothnian Museum’s own collections.

First summer houses in Finland were built in Vaasa and Kokkola regions in the end of the 18th century. One of the earliest examples include the Reuterholm summer house (current Vähäkyrö Rectory) from 1799. Increased wealth, created by the industrialisation, aided the spread of the summer houses in the end of the 19th century. The residents of classical and decorative villas spent the whole summer there and did not return to town before the end of August. From 1920s onwards, smaller weekend houses and sauna cottages started to become more common. Especially the prospering middle classes spent time at their cottages and in 1950s raising living standards more and more people were able to acquire one for themselves. Cottage life was spent outdoors: going to sauna, swimming, fishing, small-scale farming and foraging. The number of summer houses and cottages grew rapidly in 1980s and during the following decades the average size and equipment increased. Current summer houses have become closer to the starting point of their development more than hundred years ago.

The exhibition is produced by a large working group from Vaasa City Museums.