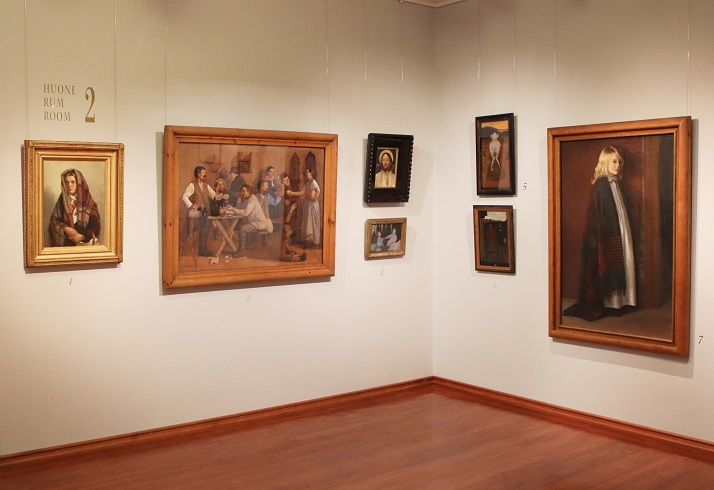 Art Collections of the Ostrobothnian Museum

Art Collections of the Ostrobothnian Museum

The Ostrobothnian Museum Collection is the museum’s first art collection. Its emphasis is on works by Ostrobothnian artists and other artists who have depicted Ostrobothnia in a variety of ways. The collection comprises Ostrobothnian ecclesiastical art from the 18th century as well as Finnish contemporary art. It also includes the donation in memory of Anne-Marie Cronström and a donation by the Savings Bank of Finland.

The Karl Hedman art collection, which is of major significance to art history, consists of approximately 800 works, and is part of the art collections at the Ostrobothnian Museum.  The collection is based on artworks that Karl Hedman collected together with his wife Elin. More, however, were purchased later on with the financial support of the Hedman Foundation.

Hedman acquired a representative selection of Finnish visual art from the 18th, 19th and 20th centuries, as well as international visual art from the Renaissance period up until the 19th century.  The international art collection continued to grow, largely owing to Hedman’s contact with art dealer Gösta Stenman. The Karl Hedman collection, which includes, among others , 36 works by Tyko Sallinen and 12 by Helene Schjerfbeck, is often called the Stenman deposit. The name comes from the fact that Stenman had pledged his works as security for his loan from Hedman.

The Vaasa Art Association collection consisting of approximately 300 works passed into the hands of the Ostrobothnian Museum in 1998.  The association was founded in 1917 for the purpose of establishing an art museum in Vaasa.  Thanks to the efforts of the association, works by Helene Schjerfbeck, Hugo Simberg and Wäinö Aaltonen were exhibited in Vaasa over a five-year period.

The City of Vaasa Collection

The City of Vaasa collection started in 1913 when a newly founded municipal committee began to buy fine art on the city’s behalf. The collection consists of approximately 1,400 works of art. Already in that first year, the committee purchased Eero Järnefelt’s portrait of his wife Saimi and daughter Leena in the garden. The collection continues to expand, and many works are acquired to form part of the cityscape as public statues. Alongside Finnish visual art, the collection also includes international graphic artworks.